I thought a few words might be in order regarding the origins of this site and myself.

I first sailed on trawlers at the age of 12 years on what was one of the last trips on Boston Canberra before she was sold. The skipper was Barney Rogerson and my uncle, Peter Ince was bosun.

Eventually I joined the Merchant Navy and travelled the world courtesy of the Blue Star Line until I came ashore and got married.
For ten happy years I lived in Australia, coming back to the UK in the early 1980’s.

To keep the wolf from the door I took a job working on a technical helpdesk for BT and it was during that time that I realised (following the death of my uncle) that the people involved with the fishing industry were suffering the effects of mortality.

Apart from a small memorial on the promenade there was nothing to mark the passing of these men. I think it was Scott who penned the immortal phrase “They made their mark as a breed of men, earth shall not see their like again.” That phrase applies very aptly to the trawlermen.

For some reason they are generally overlooked by the town whose prosperity they contributed so much to.
In Memorial Park there is a memorial but no mention of the part that local seamen played in two world wars, nor the sacrifices that they made.

I hope to redress the balance a little with this site. 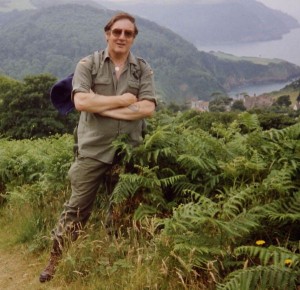