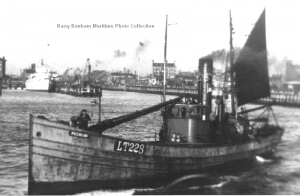 Note: Mary Evelyn had been fishing her way round from Ramsgate to Milford where she would have been engaged, with other Ramsgate boats, seasonal trawling from the port. 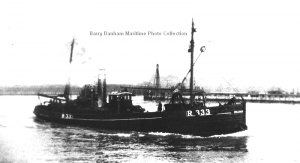