Possibly: 15.4.1917: On a North Sea trip (Sk. P. Hancock); ten crew all told. When off SE Scotland in approximate position 55.50N 01.30E, closed by U.boat (UC31) either sunk by shellfire and crew killed or sunk by explosive charges, crew abandoned in boat. All crew lost.

In Premier Steam Fishing Co. (Fleetwood) ownership. Did not fish from the port
Additional information courtesy of Mike Thompson and Maurice Voss

Note: ST.PETER is the patron saint of fishermen and with this in mind the Parkes family presented the ship’s bell to The Royal National Mission to Deep Sea Fishermen, Hull. At the present time the bell is placed in the fishermen’s memorial area of the Holy Trinity Church, Hull. 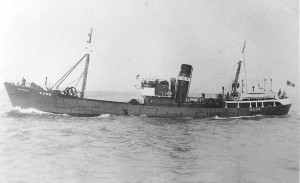 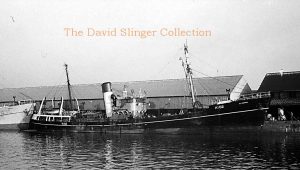 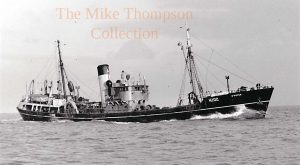 In Boston (Fleetwood) ownership. Did not fish from the port.
Additional information courtesy of Mike Thompson 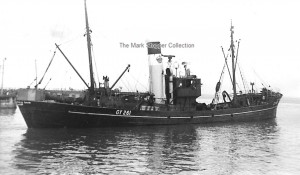 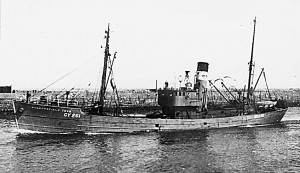 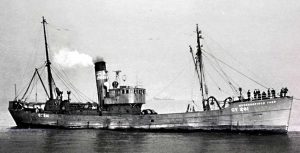