Notes: By the end of January the owners were getting extremely worried and despatched Lieutenant Roger Owen, of the Fleetwood Steam Trawler Owners’ Mutual Insurance Association to investigate a wreck that had been reported on the Bahama Bank, off the Isle of Man.

Conditions enabled the divers on the chartered half-decker MOIRREY to dive on the wreck. The divers found the vessel open fore and aft and “Flattened like a fluke” and the greatest difficulty was experienced in finding any identifying marks. The letters “ANG..” was eventually found with the whole word “Fleetwood” underneath it.

No bodies were ever found. A clock found by the wreck was stopped at 12:30 and the ship’s boat was located at one side of the vessel. Lieutenant Owen’s opinion was that the cause of the ANGLE’s loss was that the vessel was running before a south-east gale and ran into heavy snow on the 7th of January. Distance travelled was reckoned using a patent log which underestimated the distance when running before a gale. As a result the trawler overran her distance and ran onto the Bahamas Bank. Owen concluded that the disaster might not have occurred if the Bahama Bank Lightship had not been removed.

It is highly probable that the two people with the surname ‘Lord’ were from the same family thus making the tragedy a double one for them. 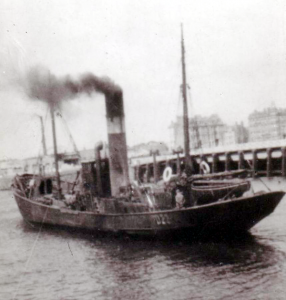 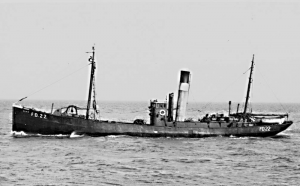 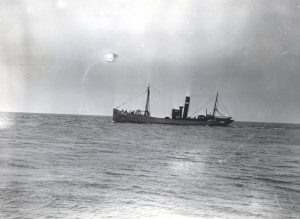 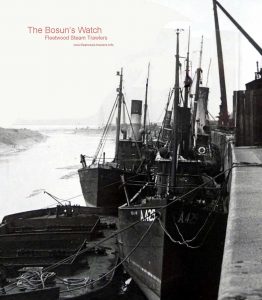