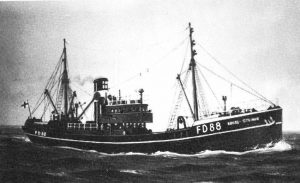 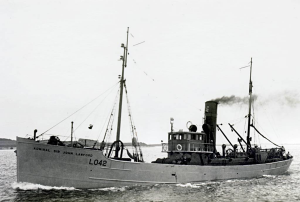 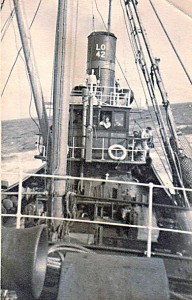 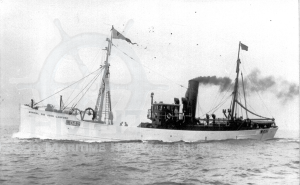 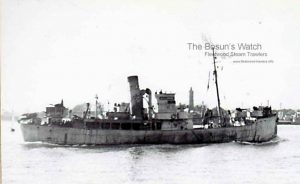 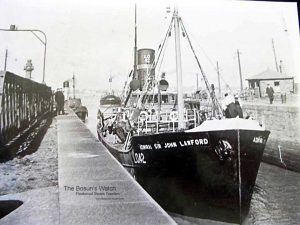 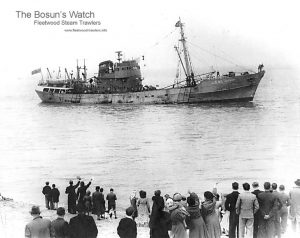 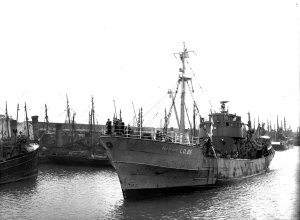 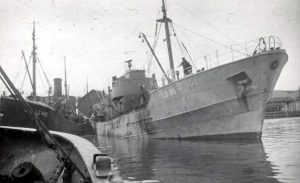 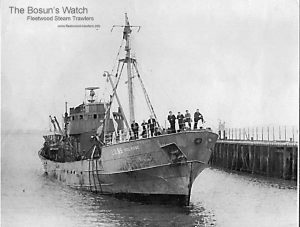 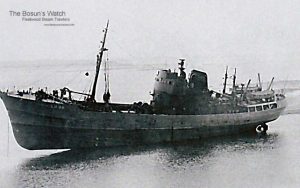 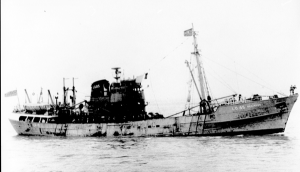 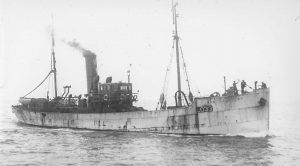 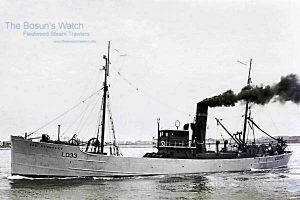 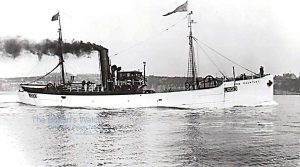 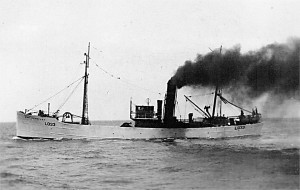 Note: In 1935 the Hull trawler Leonidas (162186) (H267) was lengthened by Smiths Dock Co. Ltd. The work involved creating an improved hull form with new bow and stern sections. The design was successful, not only providing increased fish room capacity, but also, as was expected, reducing coal consumption and giving a slightly higher free running speed. Other owners stemmed vessels at Middlesbrough for similar work to be undertaken 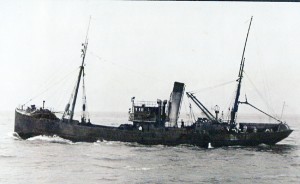 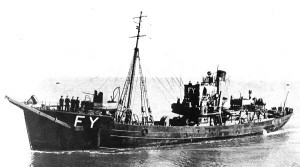 S.T. Fyldea FD72 as a minesweeper
Picture courtesy of The David Parkinson Collection 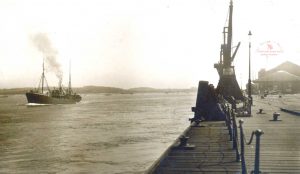 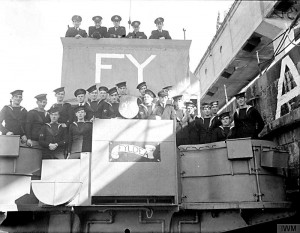 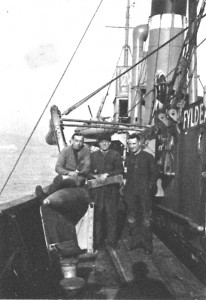