Lowestoft’s largest boat owner, Mr J.V.Breach, who was well known at all the fishing ports around the coasts of the British Isles as at his home port died yesterday at 57 Kirkley Cliff, where he had made his home since his illness.
His whole interest was centred in the boat owning business in which he succeeded his father and which under his control reached a remarkable stage of development, in spite of the ups and downs with which the industry was faced from time to time.
He was Managing Director of Jack Breach Ltd, a Director of the local Fishing boat insurance clubs, and a member of the committee of the local Fisherman’s Widows & Orphans Fund.
Mr Breach lived for many years at Hastings House, Whapload Road, Lowestoft and after the outbreak of war went to Fleetwood to supervise the working of those of his boats which had not been taken for Admiralty service.
Last July he came home, and after an operation in Norwich in August remained in a nursing home until October. He never recovered sufficiently enough to return to Fleetwood.

“Though virtually in the prime of life (he was 56) the late
Mr.John Breach had been one of the leading figures on the catching side of the herring industry for the last 25 years. This position was his because of the large number of drifters owned by companies of which he was Managing Director – at one time amounting to something like one-eighth of the Lowestoft fleet – and also because of his great practical knowledge, business enterprise, and organising ability.
He was the youngest member of the third generation of his family to be Lowestoft boat-owners. His Grandfather came to the East Coast from Hastings and built up a considerable business with sailing drifters. This was developed and enlarged by his father, who died during he last war, leaving his boat-owning interests to his son John

It was a time of high hopes and when the war was over businesses were expanded and new companies were formed by the dozen. The boom period was unhappily very brief and the Breach companies, being larger than most, suffered proportionally in the bad years. They kept the flag flying, however, and Breach boats right down to the present war were to be seen in the proper season at practically every herring port in the British Isles. And Mr John Breach too, was a familiar figure in most of these ports, which he visited from time to time, keeping a careful manager’s eye on his boats. Thus he acquired an experience of the conditions and practice of herring fishing which was unrivalled in the trade. He was almost as well known in the Scottish ports as in Lowestoft and Yarmouth. The English Herring Catchers Association, of which he was a prominent member, can ill afford to lose a man of his quality”.

One of the youngest “admirals” of the Lowestoft drifter fleet and a member of one of the oldest firms of fishing-boat owners, Mr. John Breach, jnr., died at the Lowestoft and North Suffolk Hospital on Tuesday night.
Only 27 years of age, he assisted his father, Mr.JohnV.Breach, who is at
present seriously ill with pneumonia in a Lowestoft nursing home, in controlling one of the largest fleets of steam drifters operating from this
port.
His attractive personality made him greatly liked and respected not only in Lowestoft but at herring ports all over the British Isles.
The announcement of his death was a blow to the local trade and all flags on the fish market and in the vicinity were lowered to half mast as a token of respect.
Drifters fishing from the port went out with their flags at half-mast and those remaining in port also struck theirs.
Mr. Breach was unmarried. He was educated at Framlingham College. 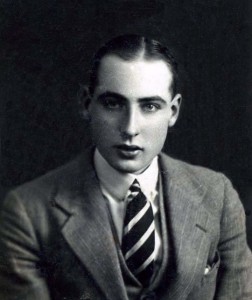 John Alfred was by all accounts one of those individuals who possessed the qualities and character which made his friendship attractive to others. 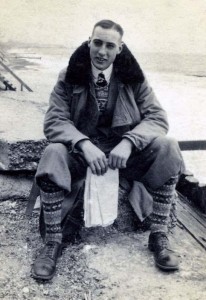 The extract above is taken from the local Lowestoft newspaper 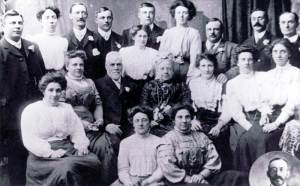 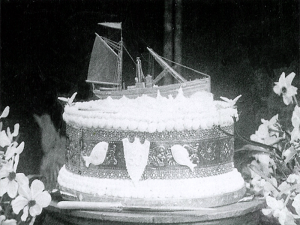