A graphic account of the loss of a member of the crew of the Fleetwood steam trawler, Geoge Adgell, belonging to Messrs Blackburn Trawlers, Ltd., was given when the vessel arrived at Fleetwood yesterday. 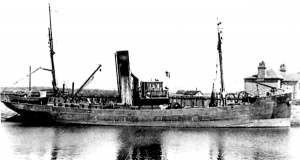 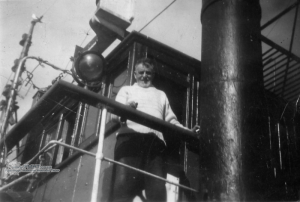