Note: Merisia left Fleetwood at 2.15 to fish the home water grounds, her skipper was Edgar Neave. During the night a snow storm came from the south east and drove her onto rocks in Bulgham Bay. Wind and sea conditions made it impossible to launch the Ramsey lifeboat LADY HARRISON and the Douglas boat was out of service. It was left to the Port St. Mary boat to launch soon after 8:30, taking two hours to reach the scene of the stranding.
Because of the conditions George Kelly, coxswain of the boat, was unable to locate the wreck or approach too close to the rocks where she was reported ashore. This left the Ramsey Rocket Brigade as the only option to rescue the crew and they would have to be lowered down the cliff face to a position from where they could work.
In the meantime Merisia was filling with water and her decks were awash. Huge seas from the rising tide washed over her and she was badly holed. The crew of twelve climbed the rigging in desperation, washed by the waves. Mr. Crummey of the Ramsey Coastguard took his team down the cliff face with the salvage gear but was unfortunate enough to lose the rocket pistol that would be needed to get a line across to the stricken vessel.
By 10:00 a replacement had been lowered and an attempt made to fire a rocket across but the strong winds prevented it from reaching Merisia. At 2:45 after several further abortive attempts Mr. Crummey reported that all the men had gone from the rigging and the rescue was called off. The following day the bodies of Edgar Neave, Hector Neave, Edward Crellin, Charles Mansell, James Mountford and William Hannon were washed up on the beach.

Update 04/05/2011 courtesy of Ramsey RNLI: Local divers hope that tragic fishing vessel’s bell will find resting place at Ramsey RNLI lifeboat house.
Two amateur divers who have recovered the ship’s bell from the steam-trawler Merisia, are hoping that it will be housed at Ramsey RNLI Lifeboat Station as a lasting memorial and tribute to the vessel’s heroic fishing crew who lost their lives in the tragedy and also to all involved in the saving of lives at sea. The two divers, who are also volunteer lifeboat crew with Ramsey’s RNLI lifeboat, the Ann and James Ritchie, are Michelle Stewardson, a qualified diving instructor, and Andy Walton.
Michelle takes up the story: “It was Andy’s first open water dive after gaining his open water qualification and we were diving on the wreck of the Merisia, which sank in January 1940. We came across the bell, encrusted but very definitely a bell. When diving it is extremely rare to find a ships bell and to say that Andy was amazed, excited and totally overwhelmed at the discovery is probably an understatement.” 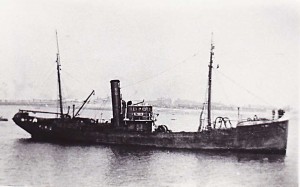 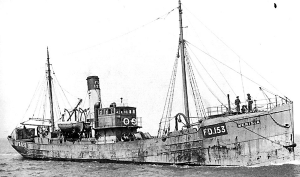 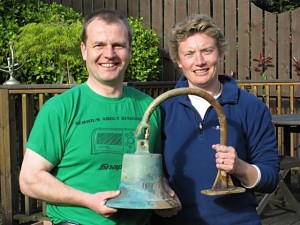 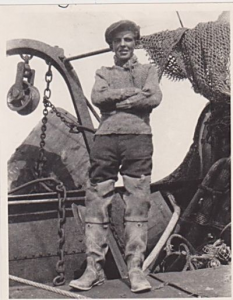 Tommy Harrison
Picture from the Internet 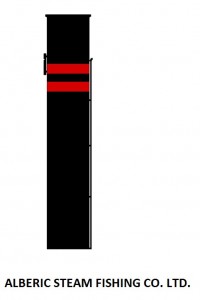 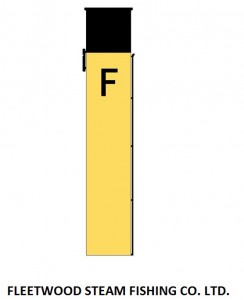