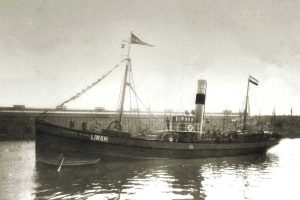 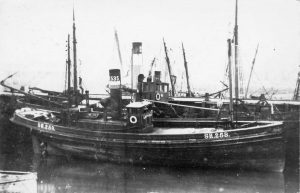 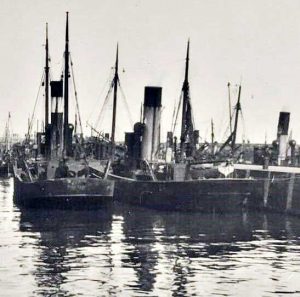 26.9.1900: Launched by Smith’s Dock Co Ltd, North Shields (Yd.No.642) for Boston Steam Fishing Co Ltd, Boston as JULIAN.
10.1900: Completed.
26.10.1900: Registered at Boston (BN88). Fred Donnison designated manager
1902: Sold to Boston Deep Sea Fishing & Ice Co Ltd, Boston.
1909: Thomas D. Donaldson designated manager.
1911: Fishing out of Fleetwood (Fred Donnison, Fleetwood managing agent).
3.3.1911: At Fleetwood landed 50 boxes.
11.3.1911: At Fleetwood landed 40 boxes.
5.6.1911: At Fleetwood landed 157 boxes.
1012: Daniel Walker designated manager.
12.1.1913: Homeward to Boston (Sk.Pawley), stranded on the Long Sands in the Wash, doing considerable damage to shell plating and stern frame, breaking her rudder stock. The Hunstanton lifeboat was launched and stood by until the trawler refloated on the next tide.
13.1.1913: Arrived Boston with jury rudder rigged from otter board. Repairs cost about £300 without allowing for the trawler’s demurrage for time lost repairing. Cause of stranding was said to be that on the 1 January, Trinity House moved the Lynn Well Lightship some two miles from the former position and the proposed gas buoy had not yet been installed.
22.8.1914: Fishing in the North Sea (Sk. Charles Walkerley). Captured and sunk (officially fate listed as “unknown”) by German torpedo boats in North Sea, along with FLAVIAN (BN86), and INDIAN (BN90). Crews interned for duration of war.
9.1914: Boston registry closed.
8.1.1918: At Boston, 632 prisoners landed on their return from Ruhlebon and other German internment camps, amongst them sixteen fishermen including Charles Walkerley skipper of the JULIAN. 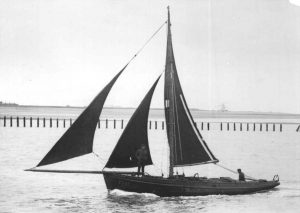 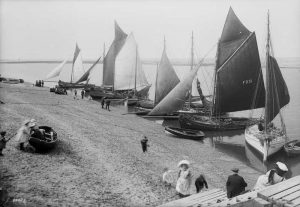