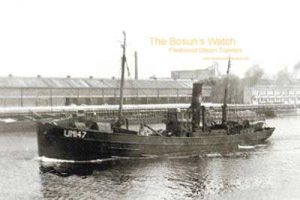 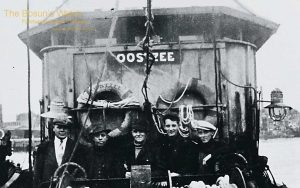 Note: About the 3 Dutch resistance men after escape to England.
Ab Homburg joined 322 Dutch Squadron RAF and died near Borne on 1.4.1945 when he was shot down with his Spitfire.
Jo Buiser & Jan de Haas were trained by the SOE (Special Operations Executive) as special agents.
22.6.1942 Jo Buiser was dropped by parachute near Holten ( Holland) and became a victim of the “England spiel” (Major spy disaster of WW2, when 59 SOE agents were captured – 54 eventually being killed – in German occupied occupied Holland. Between March 1942 and June 1943, German counter intelligence had control over SOE’s Dutch operations, sending messages making London believe that their agents were active. The German’s code name for the operation was “England spiel” (The English game).
18-19.4.1942 Jan de Haas was landed on the Dutch coast by a vessel and was arrested after 10 days, again a victim of the “England spiel”.

Both men were sent to Mauthausen concentration camp and there they ,together 21 other agents, were killed on 6.9.1944.