The seabed around our coasts is littered with the hulks of many wrecked trawlers.
This is especially true of the Scottish waters, with many Fleetwood trawlers foundering on the rocks and reefs as they ploughed their way through gales to reach home.
One such wreck is the CRISCILLA which was loaded with 2,500 stone of fish when she struck rocks at the entrance to Islay Sound – which separates Islay from Jura.

It was around 11pm on 3rd November 1931 that tragedy struck.
Ashore the first indication was when the local coastguard picked up a radio message, which read; “British steam trawler CRISCILLA two miles north by east of McArthurs Head ashore on rocks with stripped propeller.” And this was the start of an epic battle to try to save the 135ft long vessel.

Owned by J Marr & Sons, Criscilla was one of Fleetwood’s latest, largest and best equipped trawlers.
Under the command of Skipper C Walter of Hesketh Place the vessel had a crew of 12.
For three days and three nights the crew battled the elements in efforts to save their ship from the deadly rocks.
Despite gales and rough seas the men stuck to their posts until they were ordered to abandon her.
Luckily in this disaster no lives were lost and today CRISCILLA lies in two sections in about 45 feet of water – with her anchors and chain nearby.
But let us return to that dark Tuesday night when most of the crew were asleep in their bunks.
The shock of the impact as Criscilla hit the rocks awoke the men who rushed on deck.

One member described the scene; For three days and three nights we remained on board. She had gone on the rocks as we were going through the Sound and she seemed to be resting on a table of rock out of the water.
“Until teatime on Thursday we had been fairly comfortable, But it started to blow and it was terrible.
“The trawler was being pounded. We couldn’t stand up and had difficulty in keeping our feet.
“Every time the boat shuddered we had to hang on grimly with both hands.

“It was a nightmare. We kept the water under for 4 hours but it started to rise.
“The coal began to wash about in the end it put the fires out.”
With the CRISCILLA being pounded so much that she shivered from stem to stern the men were ordered to the bridge for safety.

Their efforts to lighten the trawler by dumping and moving coal had failed – as had the attempts by the engineers – working waist deep in water – to pump the vessel out. Water filled the engine room, lights went out and candles and paraffin lamps brought into use. The pumps were then out of action. Fleetwood trawlers FYLDEA and SEA SWEEPER had responded to the distress call and assisted in refloating attempts, as did a Glasgow tug.

But all was in vain and the crew were taken aboard Fyldea and later landed at Oban for the rail journey home.
During the weeks that followed Herculean efforts were made to salvage Criscilla.
The 350 ton ship eventually slid over and sank after a Liverpool tug had tried pumping the partially submerged vessel full of compressed air. As she had lifted, she bumped another rock, ripping away hull patches, and sank.
It was the first time this expensive method of salvage had been employed in efforts to save a trawler. It had been used to save larger craft.

Criscilla was built at Selby and launched in 1929. She was the first trawler built for Fleetwood since the first war. Her sister ship was MARETTA. 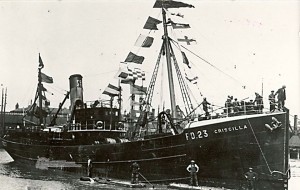 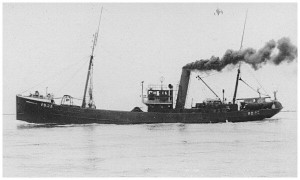 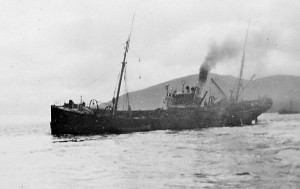 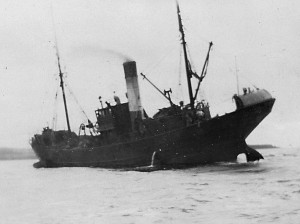 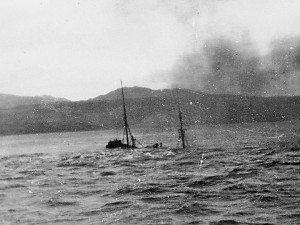 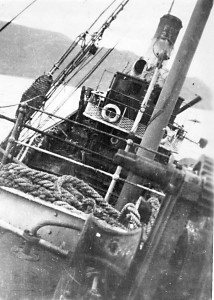