Note from Don MacPhee
I took a party of divers out to the Red Rocks off Hartamul (east of Eriskay) in 1983. We found the first part of the name ROSA in brass lettering along with the usual debris. Now know that it was off the ROSA MARIS, wrecked 1929. There is also the remains of an unidentified wooden hulled steam powered vessel hard against the south east base of Hartamul, local scalloper VIRGO regularly bagged up the coal from her. 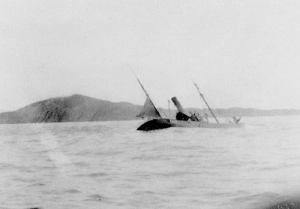 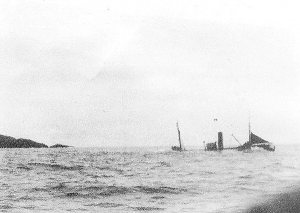