Joseph Croft was 19 years old and was buried at Fleetwood after his body was recovered from the Scottish coast. The mate had sailed after leaving a sick bed with a bout of flu as he hadn’t wished to let his skipper down.

Patrick Wilson, at 16 years old, was the youngest person aboard.

James Hill was a survivor of other wrecks having been sunk three times. He was the only survivor of the Fleetwood vessel OONA HALL when she was run down off the Calf of Mann by a French armed merchant cruiser. 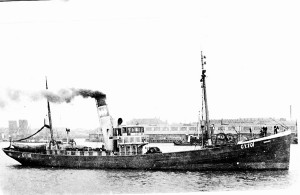