In Parkes ownership. Did not fish from Fleetwood 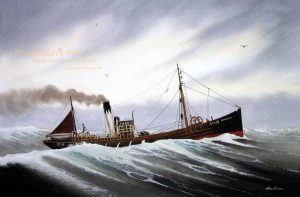