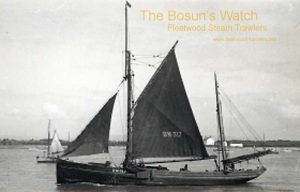 The Times, Thursday, May 30, 1946
News in Brief
fishing smack rammed
When the tug CARLGARTH, of Liverpool, rammed and sank the Fleetwood fishing smack VICTORIA II in the Irish Sea, about 16 miles N.N.E. of Liverpool, early yesterday, only one member of the fishing boat crew, Nicholas Grundy, of Shakespeare Road, Fleetwood, was saved. Captain Leslie Hall, master of the vessel, Thomas Wright, and Thomas Blundell Wright, all of Fleetwood, are missing. The tug was on its way to Barrow-in-Furness to assist at the launching of the HINEMOA, the first passenger liner to be built in this country for the Dominions since 1939.